On July 16th, 2021, following the strictest hygienic-sanitary protocols, took place at the Spanish Naval Academy the traditional ceremonies of Swearing of allegiance to the flag of first year aspirants as well as the delivery of Royal Dispatches to the new promotion of Officers of the Navy. This is the seventh promotion in which the new Naval Branch and Marine Corps Officers also receive the degree of graduate in mechanical engineering from the University of Vigo. This year the ceremony was presided by the Minister of Defense, Mrs. Margarita Robles Fernández, accompanied by the Admiral Chief of Staff of the Navy, His Excellency Admiral General D. Antonio Martorell Lacave, as well as by other civilian and military authorities. 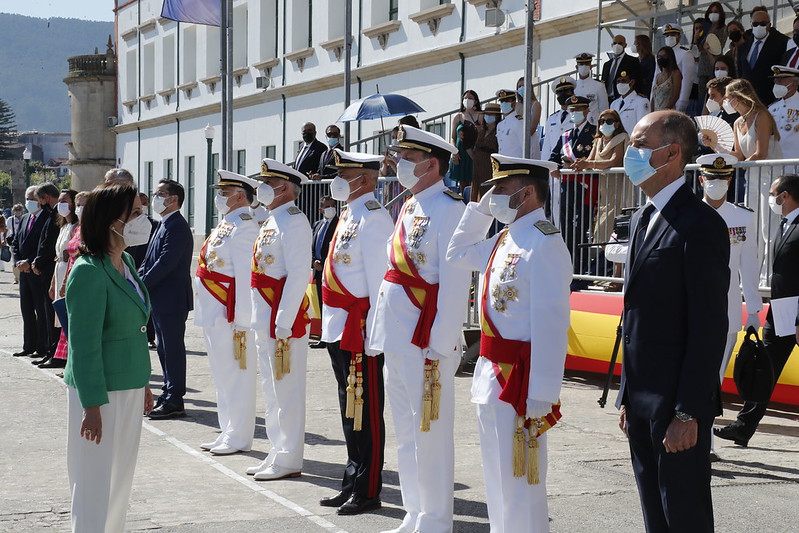