Numerous lecturers from the Defense University Center at the Spanish Naval Academy (CUD-ENM), had the opportunity to visit the amphibious aircraft carrier “Juan Carlos I” during its stay in the port of Marín on April 28th and 29th, 2022. 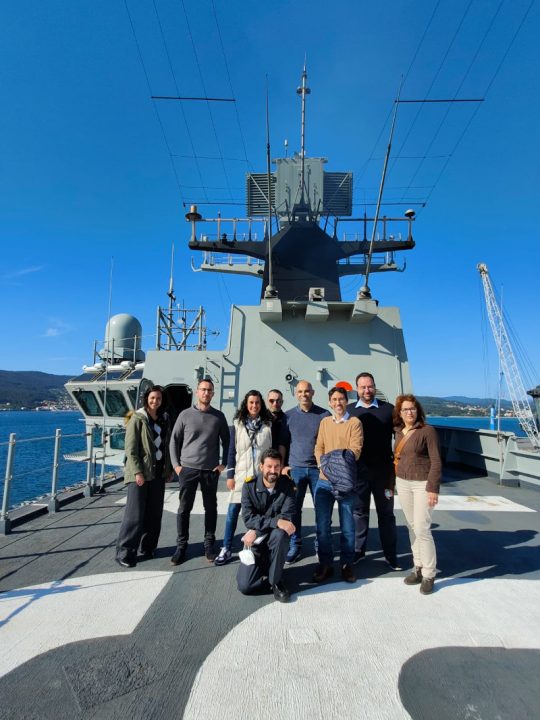 During these visits, which lasted just over an hour, they had access to the bridge and aircraft control area, the flight deck where a single aircraft (a helicopter) was “resting”, the turbine chamber and auxiliary equipment, the light vehicle and aircraft transport area and, finally, the heavy vehicle transport and debarkation area. This large vessel has capacity for 1,345 people and has rooms for medical and dental services, operating rooms, X-ray room, ICU and pharmacy. On the deck of the ship there is a large runway for air operations and on the inner part of the ship, at sea level, there is a dock with a large hatch that allows seawater to enter up to a certain level for amphibious operations.

The guided tour allowed CUD-ENM lecturers to ask specific questions about the machinery in some of the rooms and its operation, which proved to be very entertaining and illustrative. 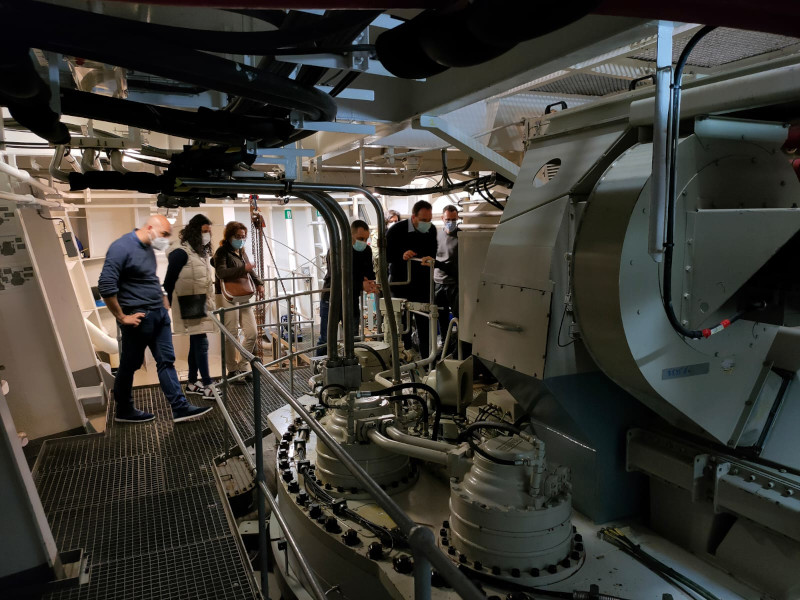 On Friday morning the Commander of the ship, CN Vicente Rubio Bolívar, also received a representation of the CUD-ENM Management.