After a year of suspension of this activity due to the mobility curb caused by the pandemic that began in 2020, in the 2021-2022 academic year it was possible to resume a stay at the Defense University Center located at the Spanish Naval Academy (CUD-ENM) by a Fulbright visiting professor. Thus, from August 24th to December 22nd, 2021, Professor Dr. Jason M. Dahl carried out a teaching and research stay at the CUD-ENM.

In 2014, the Center signed an agreement with the Fulbright Commission (whose mission is to favor and promote the exchange of academics between the USA and Spain) in order to have an American professor expert in one of the subjects taught in the final years of the degree in mechanical engineering, so that, in addition, by teaching it in English, it allows students to improve their English language skills.

For the first semester of the 2021-2022 academic year, the Fulbright Commission selected Professor Jason Dahl for his academic merits. This American professor completed his doctoral thesis at the prestigious MIT (Massachusetts Institute of Technology) in the field of Ocean Engineering, with previous training in the field of marine engineering and naval architecture. For the last ten years he has been on the faculty and research staff of the Department of Ocean Engineering at the University of Rhode Island. He specializes in hydrodynamics and fluid-structure interaction.

His stay at CUD-ENM lasted throughout the first semester of the academic year 2021-2022, participating, to a large extent, in the teaching of a subject of the degree in mechanical engineering, strongly linked to his specialty and experience. He has taught “Ship Theory and Naval Construction” in English to fifth year students of the Naval Branch. The English language was used for absolutely all class interactions, including seminars, labs, assignments and exams. 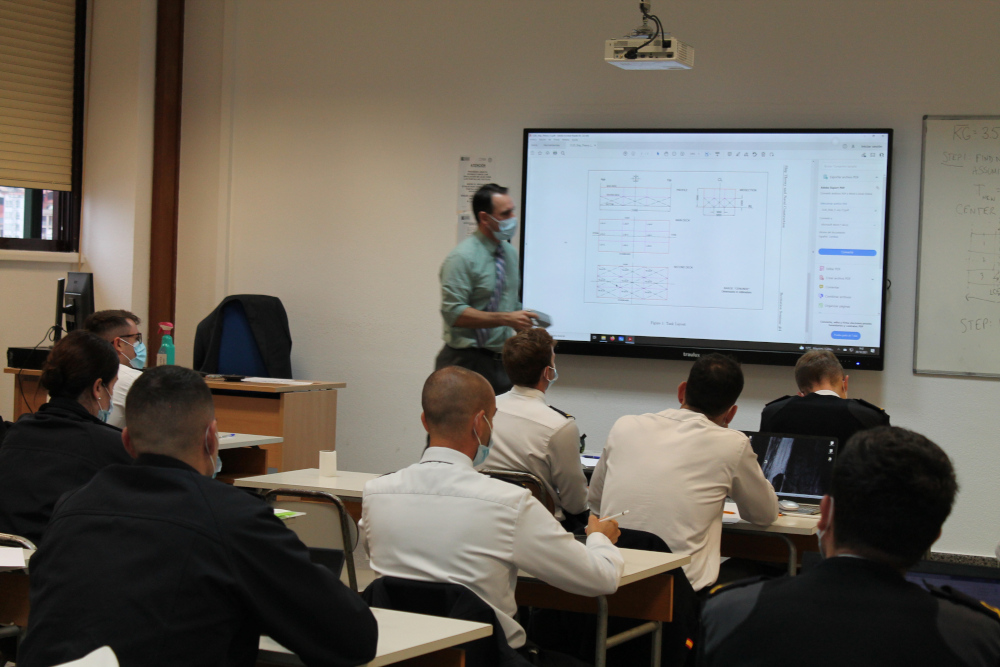 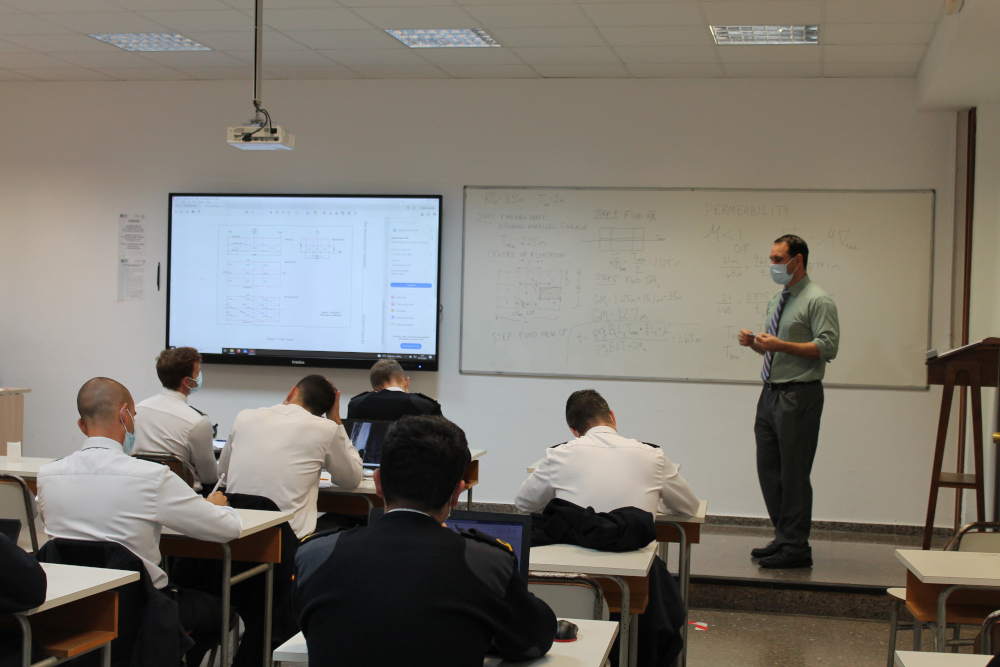 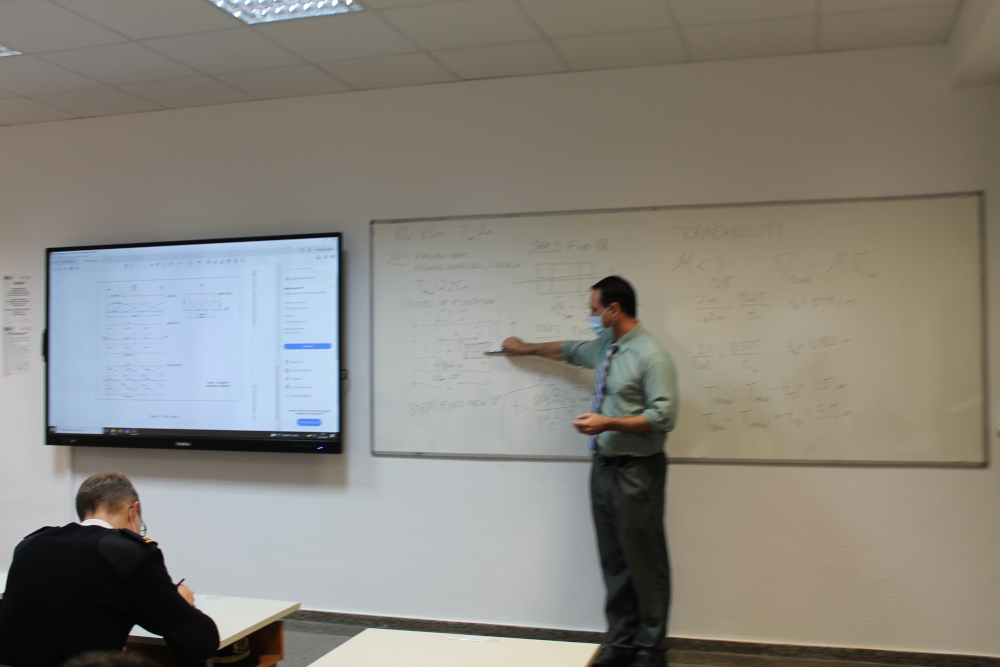 During his stay at the CUD-ENM he completed, in mid-October and in virtual format due to restrictions on face-to-face meetings caused by the pandemic, a presentation of his research activity to the faculty of the center, which led to subsequent contacts with researchers who visualized possible lines of collaboration by sharing concerns and research topics.

Visit to Ferrol: Navantia, Arsenal of the Navy and Polytechnic School of Ferrol

In December, he made a visit to Ferrol (accompanied by the CUD-ENM professor, TN Pedro Carrasco, doctor of the Corps of Engineers of the Spanish Navy).

One of the stops was made in Navantia, with a general visit to the facilities of the Ferrol Shipyard, which allowed a tour of the construction process from the sheet metal yard and raw material warehouses to the armament docks. Before the tour, the model room was visited to explain the centenary history of shipbuilding in the facilities. 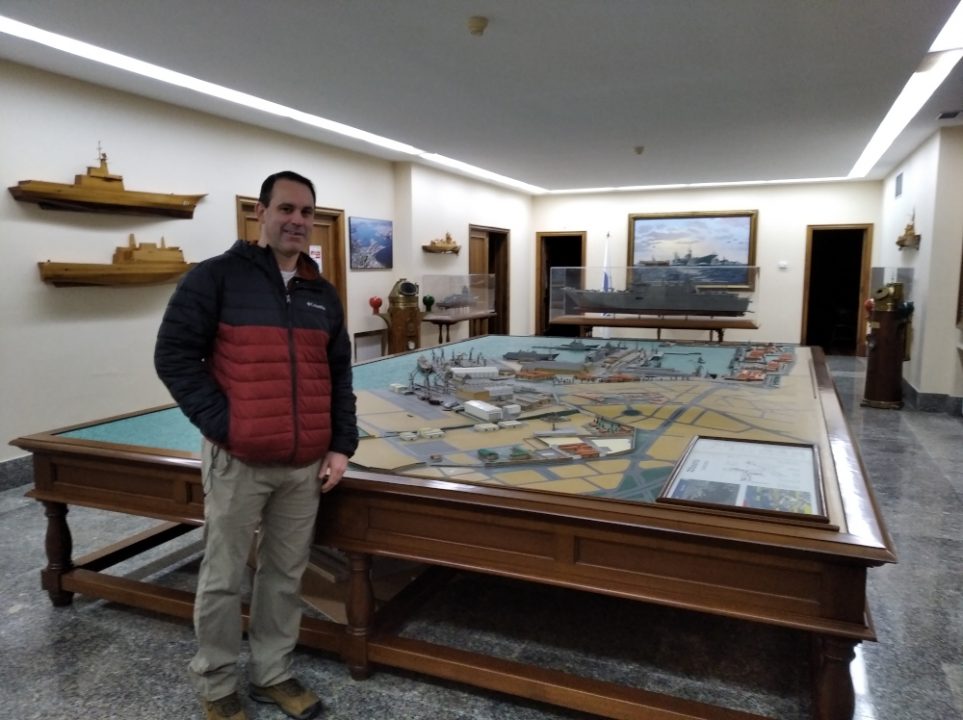 Afterwards, they went to the Military Arsenal of Ferrol, visiting the Campana dock (the largest European hydraulic work at the time). 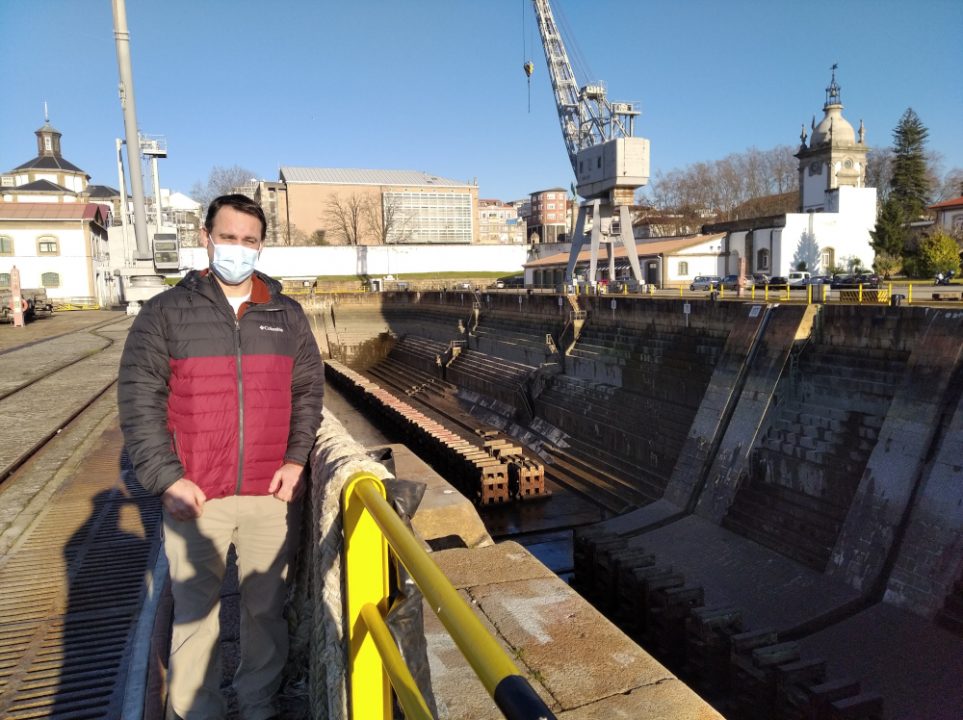 Inside the Arsenal of Ferrol, he also visited the weapons room as well as the permanent exhibition on the birth of Ferrol with drawings by Colonel Villasante in the same building. The Naval Museum was also visited. 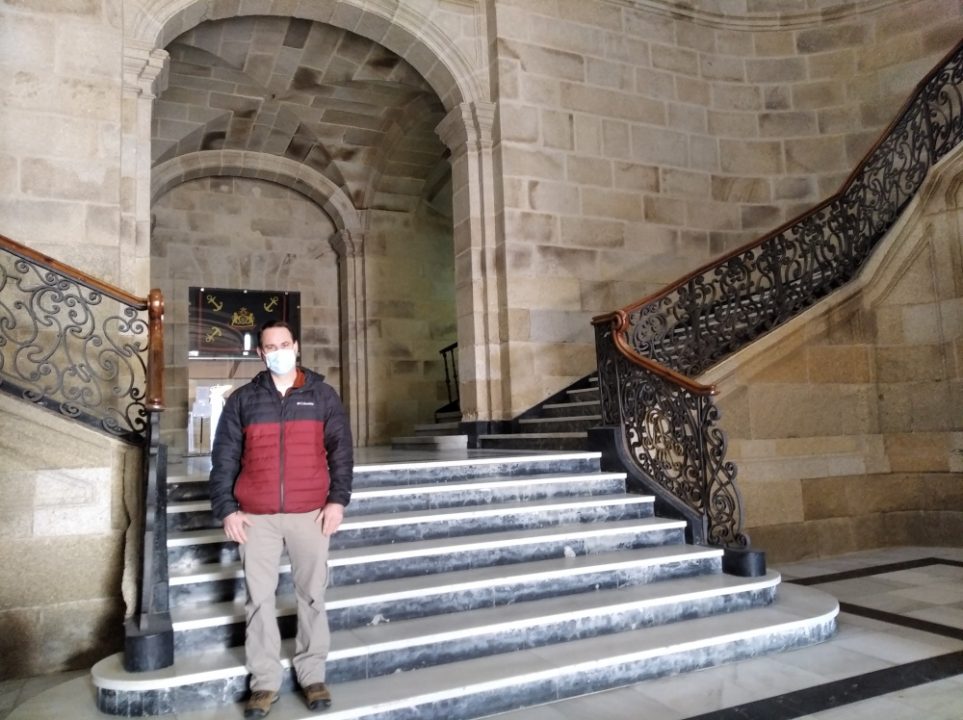 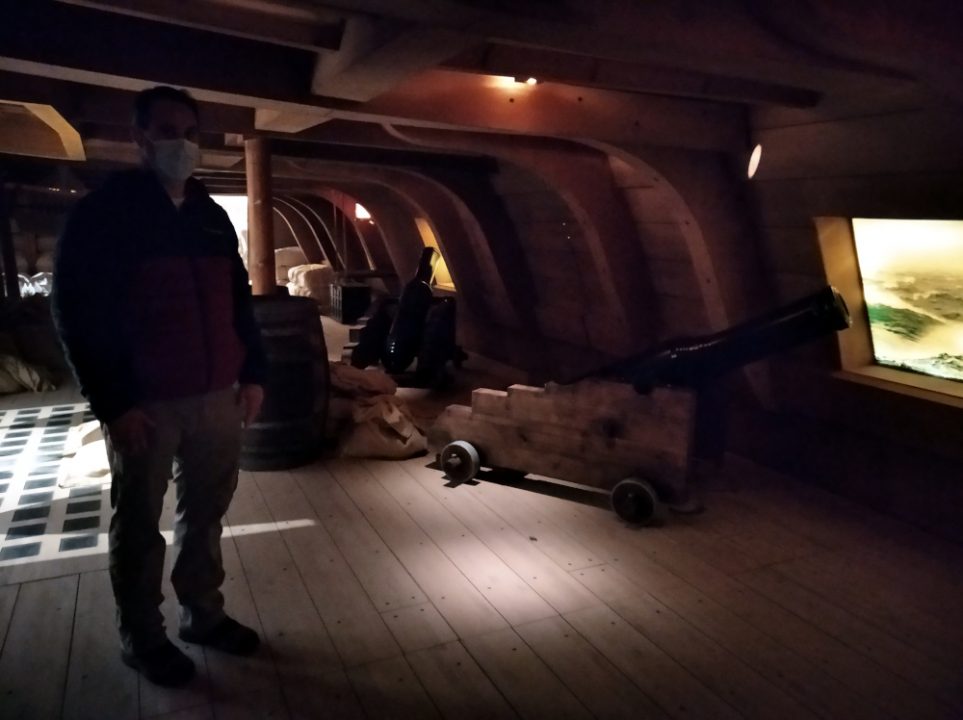 The next stop was the Polytechnic School of Ferrol, where degrees in naval and oceanic engineering, mechanics and industrial technologies are taught, where he was received by a delegation from the University of A Coruña (UDC). Throughout the visit he was accompanied by Eugenia Díaz, Internationalization Manager of the Industrial Campus of Ferrol, and by Professor Sonia Zaragoza, Transfer Associate. 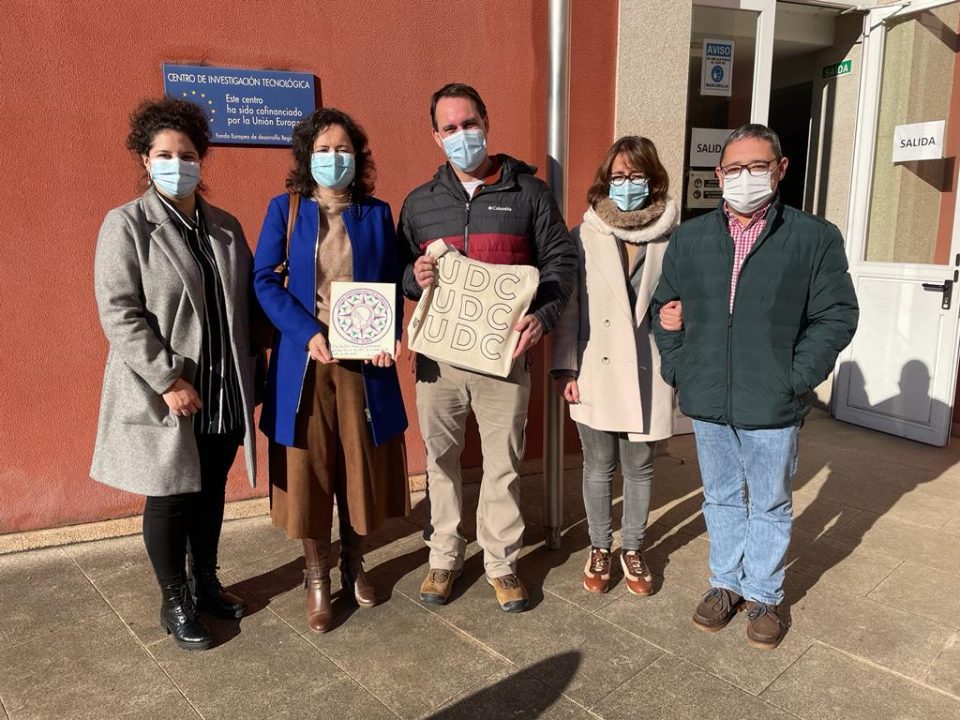 He was able to visit the Hydrodynamic Test Channel of the Technological Research Center of the UDC, which is one of the few facilities of its kind available in Spain. It is a laboratory in which behavior tests at sea and anchoring of floating and fixed ocean facilities can be carried out at the bottom in different wave conditions, including both regular and irregular seas, as well as behavior tests at sea and self-propulsion, both in calm water and under wave action, of ships and boats. 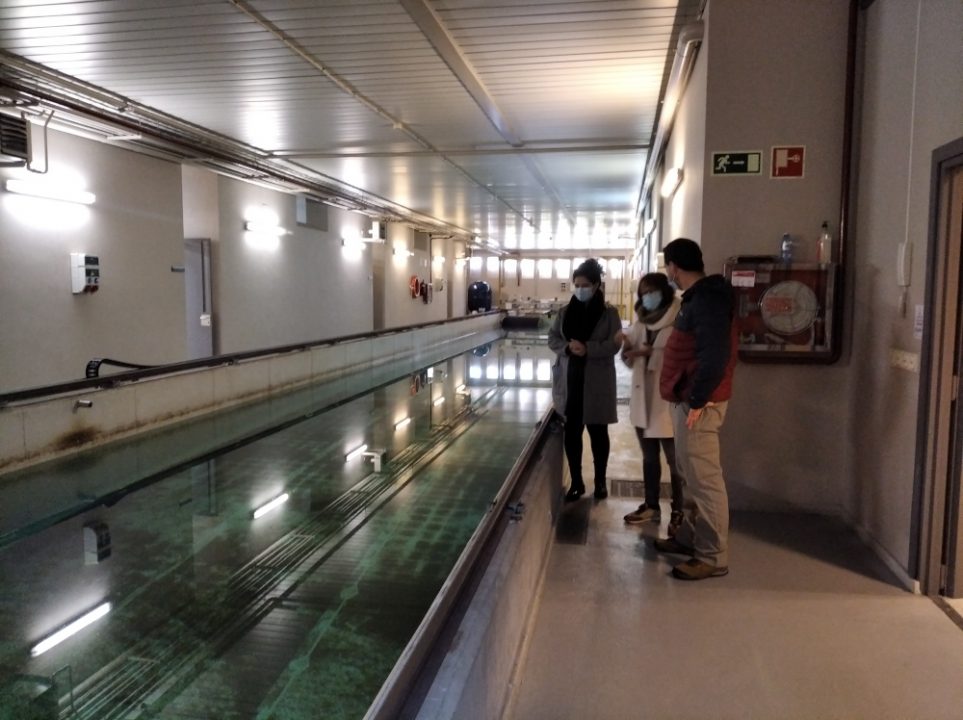 On this trip to Ferrol he also visited the tidal dock and old shipyard of La Cabana (the only dock of its kind in Europe). 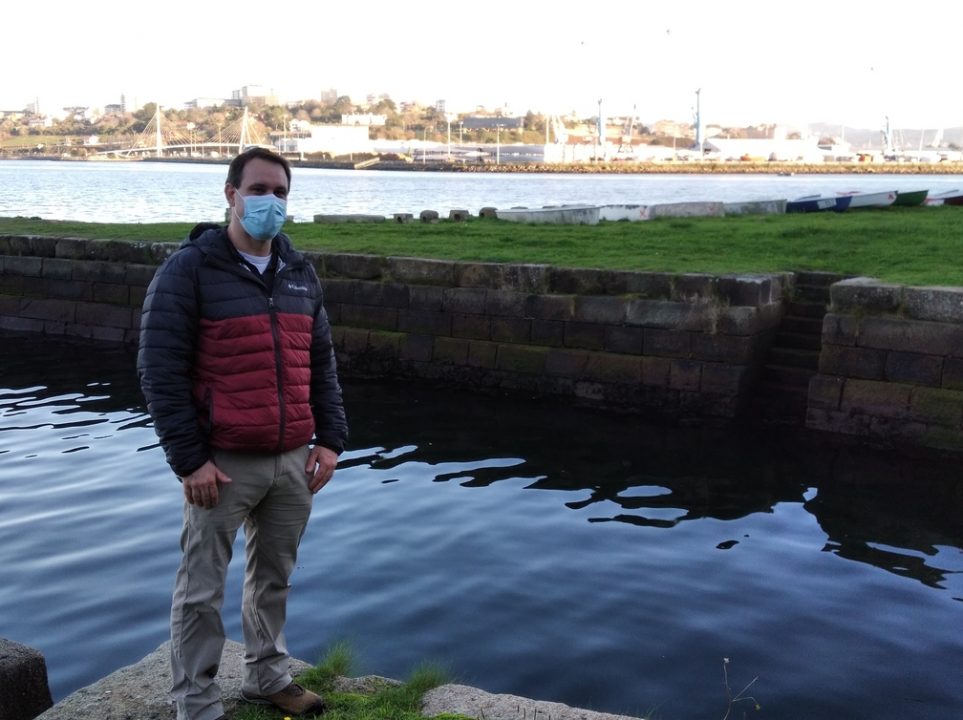 During his tour he also visited the Castle of San Felipe as well as the center of Ferrol. 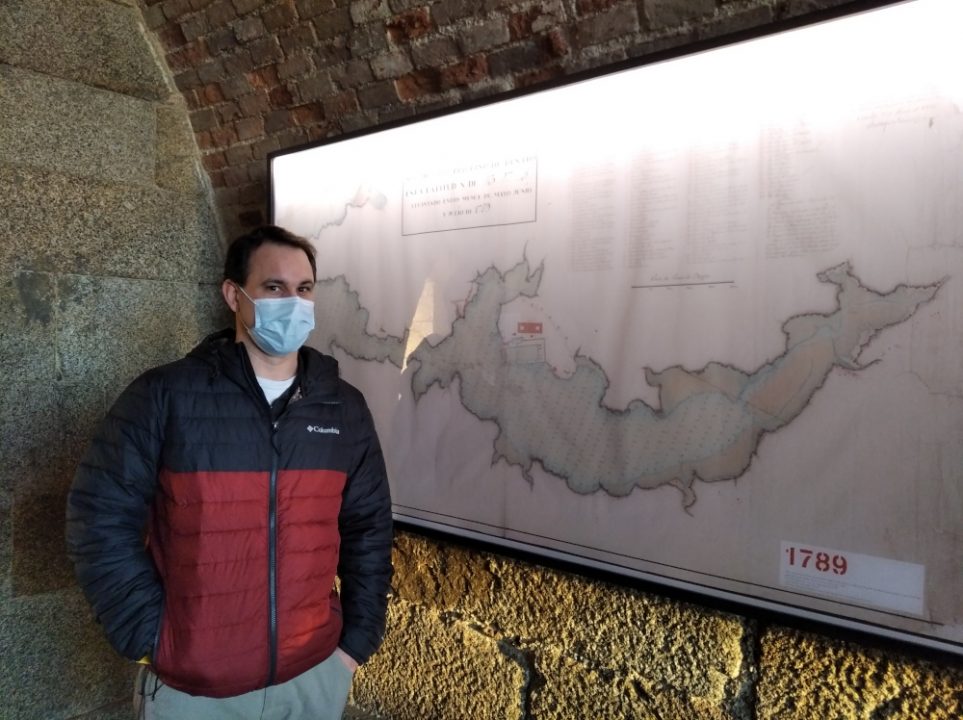 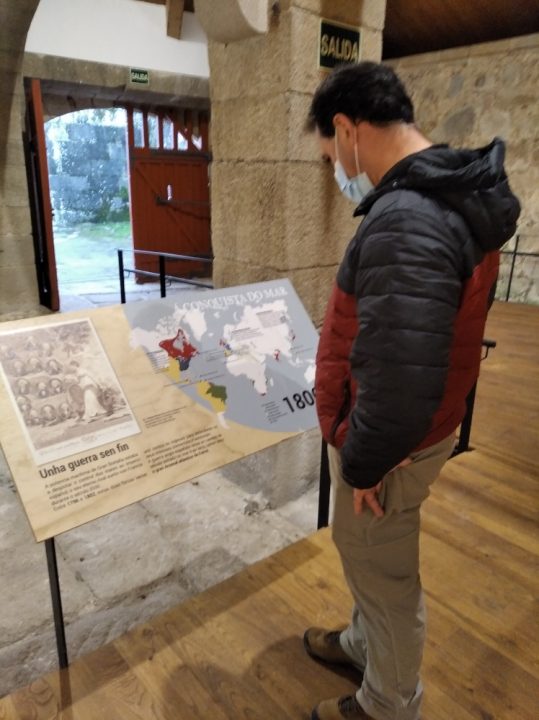 Life with his family

He also took the opportunity to travel with his family to many places in Galicia as well as Barcelona, Lisbon or Paris, taking advantage of his months of stay in Marin.

He said goodbye to the Management of the CUD-ENM, in an emotional act on December 21st, 2021, where he received a memory of his time at the center, from the hands of its Director, Mr. José Martín Davila. Professor Dahl thanked the treatment provided by all the CUD-ENM staff throughout his stay and expressed his interest in maintaining the collaborations already initiated in lines of research shared with other professors of the center. 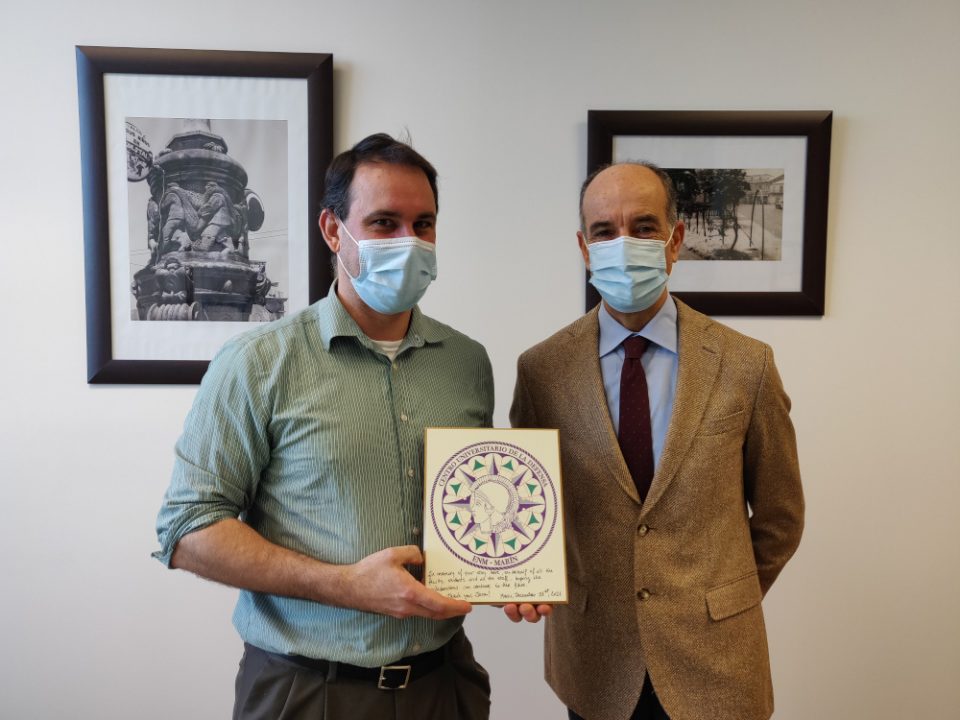 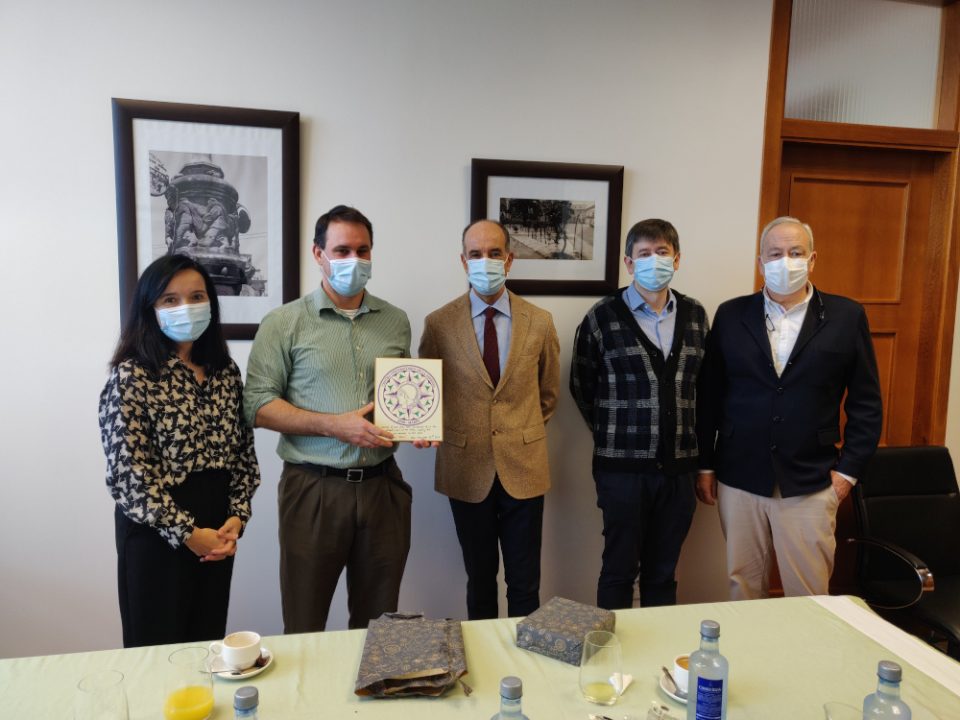